the iconographer’s ambulance of red
first the riser then the tread
riser, tread / riser, tread
the people mover \ an elected body \ Aldi toilet tissue \          noon-thirty bed of bobbie pins \
button jar of Jewish Chicago doctor’s wife born in 1923 /           junco knocking seeds from
​what’s dead & dormant—felling breakfast into snow \
The problem was the agitator dogs or the harmonics of           what she said in Mandarin?  Squid
​pro quo comes with all you see here.
We didn’t see Hamilton in those days but did eat glitter—        watched its drain-bound dirty-
​water fall from mop bucket to steely basic sink basin en           route to unknown depths of street.
child’s pose / cobra / I like a pretty back. Gaze to the ceiling.          now into corpse /
Bay of Kalamata \ impermeable surfaces \ the foot of Mount           Ida \ pony bead deposition
day / demagogue & mall walker / chicken & stars \ the tortoise &         the Roomba \ dog & pony
​pinto bean \ scrotum, vellum, & scrollwork \

A word is not quiet.

“The wealthy have almost all departed leaving the poor to shift for themselves.”
—Sister Ruth, Memphis, yellow fever epidemic, 1878
going, yet nearby
mobility over some small distance
cloth falling straight from the shoulders
like a novelist through time
lateral automotive gear adjustment | one notch to another
with darts around the bust
some kind of toggle of necessity
​not budging up or down
shlepping, albeit side-to-side

The Work of the People

Splinter, spoon, macramé macaroon.
Lockdown drill bit. Break the bread and fish
as the divine householder does with waves.

Be the zither, the black and white brick rubble,
the searchlight in the sewer, the balloon man,
the manhole, Baby, but never the Ferris wheel.

The sound of your car in neutral over magnolia
petals in my gravel-driveway mind: the pressure,
the imprint, the bruise, the resulting fragrant offering.

Tailgating wide loads of windmill blades on the freeway.
A mellow drama is not a melodrama.
Nor is a mellow llama a melollama.

We are daughters dunking chickens in a five-gallon bucket of hose water
and wild violets for their lavender bath. We are affairs confessed from a
snake-bite hospital stay, a wrongly-assumed death bed.

It’s an augmented fourth. A Russian robo-call.
You’ve been right here but I’ve missed you.
Cook until fragrant.

Wash me in the creek that flows behind Lowe’s.
Sur la fable. In backup cameras we trust.
Think of a tender resolution.

Pulling thorax up from sand
on bent needle legs,
you hatch. You are emergence. 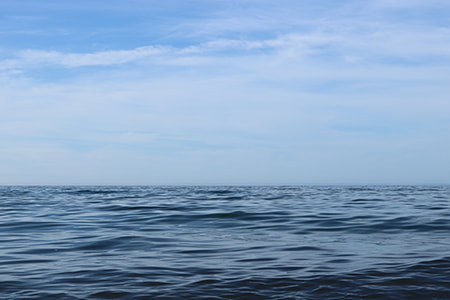 This self is a
milk-glass marble
of songs for stairwells
bottlenecked at a one-lane bridge
and a hive bequeathed of wild phlox
inside a blood moon cave cricket’s prayer.